The RBP_VALUE field in the rbd_dtl table stores the string “all” and some letters. We want to convert values in the field to strings of segments. The desired result is A-F,H,J-K,N-O,Q-S,U-V,X-Z.


Below is the original data： 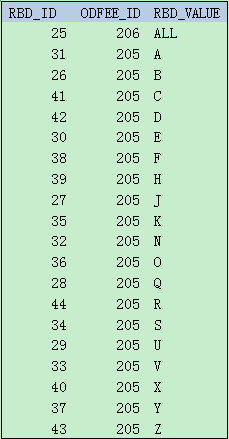 Rules to be followed are：

If RBD_VALUE= “ALL”, then discard the value;
According to the alphabetical order if certain RBD_VALUE values are consecutive letters , then make them a segment with both the first and last letter included and “-” between them, like “A-F”;

A1: Execute the SQL statement.

A2: Align RBD_VALUE field in A1 with the alphabet. Below is a selection of the result: 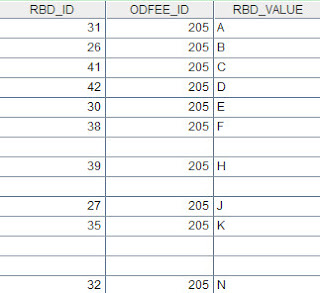 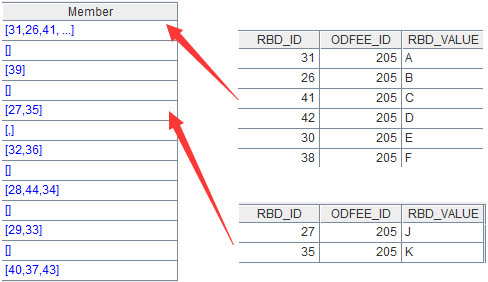 A4: Select the group in which RBD_VALUE is non-null.

A5: Compose strings according to the number of members in each group. ~.m(-1) means getting the last record from the current group. The result is as follows:

A6：With commas being delimiters, concatenate strings to get the final result A-F,H,J-K,N-O,Q-S,U-V,X-Z.

Actually we simply need to retrieve data from RBD_VALUE field. Thus the lines of code can be combined into one: